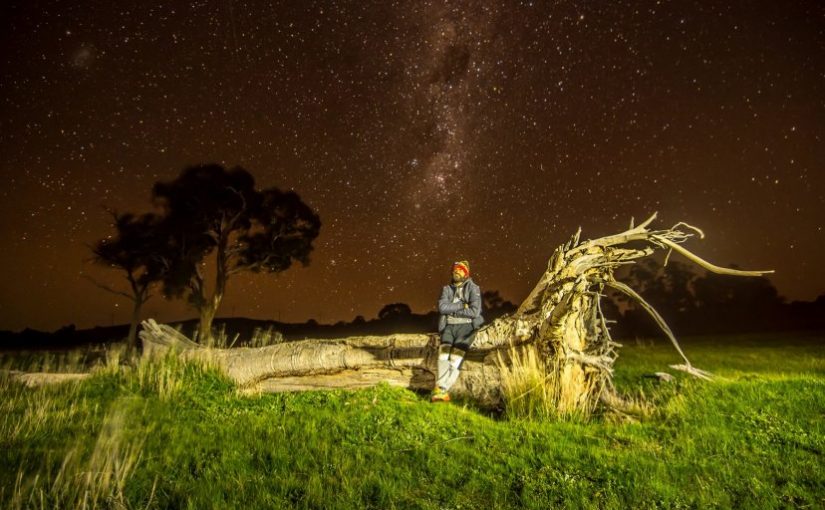 The relevance of the National land clearing disaster in Australia to Desecration of Sacred Land Western Highway Victoria.

The laissez faire ideology run by a neoliberalism agenda emanating from the nine separate parliaments of Australia has allowed our politicians and our major political parties to obfuscate their responsibility to the families of Australia to plan for the future. This failure to plan and to ensure the judicial system conforms to a set of quality standards underpinned by principles that respect our families and our communities has sown the seeds of corruption. Those seeds have grown into a cultural plague which requires an urgent irradiation program otherwise they will destroy this nation. Begin today and pull a weed.

I would suggest that the issues determining the decision to build a road through a sacred first peoples area requiring the removal of a large number of large old trees, some of which are many hundreds of years old is the tip of a very large melting Iceberg which is of critical national significance, that cannot be left in the hands of a State Government. The tip being connected to:

In my letter I raised two fundamental flaws in the decision making process:

Let me take you to the first point. Australia is in the grips of a devastating drought most likely caused by man-made climate change. A major contributing influence on this change which has and is exacerbating the conditions is the removal of large old trees from our landscape. This removal is currently occurring throughout Australia in NSW, Queensland Western Australia and The Northern Territory at an ever increasing rate.

It should be noted that in Niger one of the poorest nations in the world they have successfully re-vegetated 7 million hectares of land.

Large old trees and natural vegetation shade the ground and keep it cooler, retain moisture in the ground, release moisture to the atmosphere that helps to facilitate precipitation.

The current federal government solution is to build more dams and cut down more trees. This solution will consume more energy and put more carbon into the atmosphere. Rob Peter to pay Paul, in other words take water from one part of a system that has failed and put it into another part of the system in the vain hope that a miracle will occur and god will make it rain.

The scientific solution would be to plant more trees around the gullies, build small weirs and stop the clearing of natural vegetation. The trees will hold water in the soil, the gullies will hold water when it rains, and the increased vegetation will emit moisture to the atmosphere which will help to increase the rainfall.

The positive impact on the human environment by the mere act of planting trees will be that it will provide an activity that all people in the area can participate in including the prison population and those people who are becoming engaged with the judicial system.

Australian prisons contain 43,000 people and are increasing at a rate of 3% per annum, faster than the growth of the economy! The average sentence is 3.25 years, 45% of released prisoners return to prison after two years. Note: 28% of these people are of aboriginal decent, which is a national disgrace, considering we are one of the richest nations on the planet.

If we lived in a land run by common sense, rather than the science of stupid we could implement a national tree planting program, utilizing our prison work force.

We should if run without corrupt practices be able to reduce our prison population by around 7,500 people per year at an annual saving to the running costs of prisons of $870 million dollars.

The tree planting activity based on one person planting 30 trees per day would regenerate 77,000 hectares of land per year with the planting of 115 million trees per annum.

The $870 million dollars saved could be utilised to run this new industry by providing funds for running costs, such as equipment, plant stock, and employment of supervisors and planners instead of running prisons.

The benefits in the long term are:

Let us now deal with the second point.

Anyone who has analysed large scale government infrastructure projects is quick to realise they utilise a lot of energy, do very little for the local community and feed money to the vested interest. In other words the process is riddled with corrupt practices that date back to the Rum Rebellion.

The process utilised to carry out the project on the Victorian Western Highway that has led to the decision to run a highway through sacred country and destroy a large number of very old and sacred trees is no different and it is essential for the future direction of this nation that this culture of plunder is halted. This means it is not just a state issue but because it affects the future direction and culture of the nation it is a federal matter.

I will draw your attention to further Victorian Government incompetence of serious concern.

It appears as if the upgrade of the Ballarat to Ararat railway line is not going to well and needs more funding and yet the Victorian Government is hell bent on up grading the road. If the railway line up grade were going to plan one would presume fewer trucks would be required on the road as the freight would travel by train which should be cheaper, safer, and quicker. Rail freight uses less energy than trucks, hence doing less damage to the environment and will mitigate the need to destroy sacred trees? Is this obvious oversight due to the fact that the federal and state governments do not have an energy or an industry plan?

I trust I have made my point and look forward to assisting you in this very important change in the direction of the culture of our country, as the current state of affairs is hopeless, particularly when we have a water crisis in NSW with a proposed solution to build another large infrastructure project another dam???

It is obvious that we require a department that runs and plans energy policy on a national basis and we need an industry plan that works for everyone and not just for the bank run, developer, real-estate Ponzi scheme.

I am always available to help and assist.